Is it common for British and US troops to fight alongside other countries in Afghanistan?

Like in this video about the attack in Kabul. It shows US soldiers fighting alongside soldiers from another country. If someone could tell me what country the other soldiers are from i'd appreciate that as well. How common is this kind of thing? 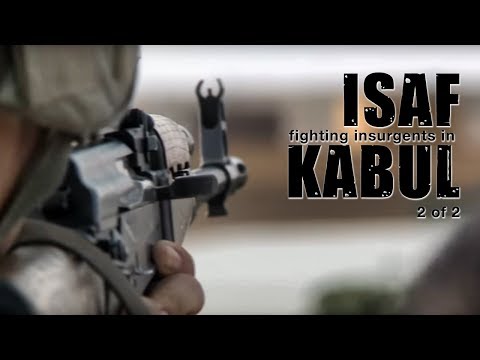