What is this mysterious object?

Take a look at this object and tell me what you think or know this is. 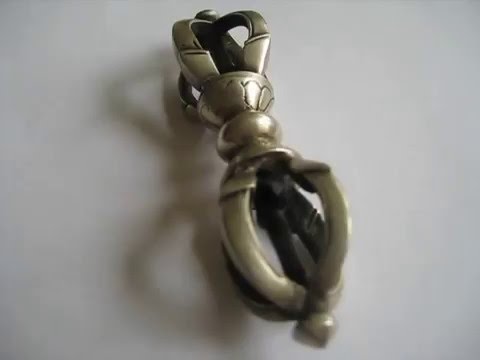 It has been bought in a curiosity shop as a.. well curiosity

It is possibly silver (at least silverisch), about 10 cm (4 inch) and has no moving parts.