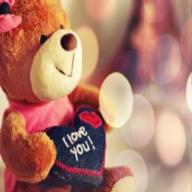 I am a 16 year old guy. I am telling about myself. I don't have enough words to describe myself. No-one has, for every-one has so many attributes and habits. In simple words, a single person hides hundreds of other people in him/herself. Love life! Take care! My page http://www.facebook.com/pages/Anti-yukthivadam-kerala/463236277075461?fref=ts