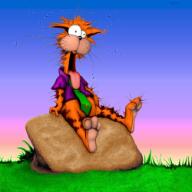 I am a Graduate of Georgia State University.I am fairly atheletic and competed on the golf and baseball teams while at GSU. I am a member of Mensa and I am the Father of 2 wonderful boys and when I am not working , I spend my time with my family. I work in Logistics/ Operations in the transportation Industry. I am an Independant politically, although most who know me would consider me fairly conservative. I am much more liberal on social issues than foreign policy.