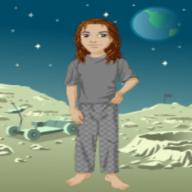 My Data Base pretty well describes my view. Someone once said "Mr. Spock." I am most interested in facts and would like to meet others who are. To know if I joke, look for (joke) as written here. Wapermaster is a strange variation of "MasterBlaster" from the movie Thunderdome. The combination of idiot and genius. I like learning about and understanding nature and people. Looking for new friends as many of the old ones have become egocentric.