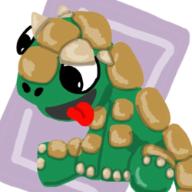 Hello, I am 21, Own a pet rat called Hershey and i am an artist. I am great at giving advice but i do have my times when i want to talk to real people instead of differnt google sites.