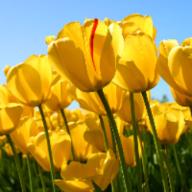 Hi! I'm a 20 yr old turning 21 who has a blog about singles & dating and other topics. I express my views as well as other knowledge to people who needs the truth, and only but the truth. I will not lie or tell you any different, as this is life. And life is not a game. :) Thanks for visiting!