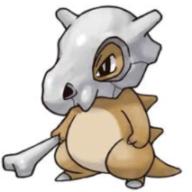 If you want to talk to me you can email me at amanda.12347@yahoo.ca If you add me as a contact I will add you back. :3 My name is Amanda, I'm 19 years old and I live in Canada. I love the bands Stone Temple Pilots and Nirvana. I'm also a gamer. Fallout 3, Fallout New Vegas, Morrowind, Skyrim, Oblivion, Pokemon, The Legend of Zelda, and Halo Reach are my favourites. Yay. I'm a pretty sarcastic person, and I have to have my own opinion on everything, but nonetheless i'm kind, caring, generous and I want nothing more in life than to help others, animals, and the enviroment. I also have 0 tolerance for morons.