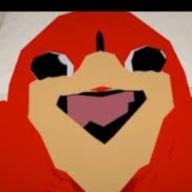 My name it Bob and I'm a straight female. I enjoy sitting out on front porches yelling at random folks in cars. I love the Doors, Alice In Chains, Johnny Cash, Slipknot, Pink Floyd, Nirvana, Everclear, 311, Led Zeppelin, Marilyn Manson, Nine Inch Nails, Tool, and sodomy. If you like dancing to psychedelic music please add me and tell me about your experiences. I like eating pickles in the late summer nights on top the roof. (\___/) (=0_0=) If you love animals.Put this on your profile.