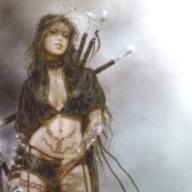 "I want somethin' else to get me through this semi-charmed kind of life."