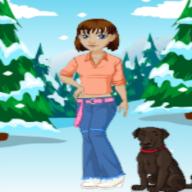 You might find me around the fish section quite often. I've spent a lot of time researching the hobby. If you have any questions that I feel I can answer, I usually do. Don't expect me to answer salt water aquarium questions, however. I haven't made it that far as of yet.