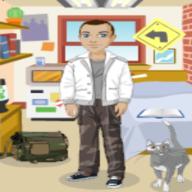 I'm 18 and go to the Universtiy of Washington, which may only be the 22nd best university in the world according to Newsweek, but according to me it's the bets school in the world! Anyways I was raised Christian. My mom never really decided if she was Catholic or Protestant, so I got both stories. I'm really interested in Sufism, Hinduism and UU-ism. I love languages. I'm really good at Spanish, and I'm also learning Arabic. I also learned some Greek forever ago, and remember only a little.